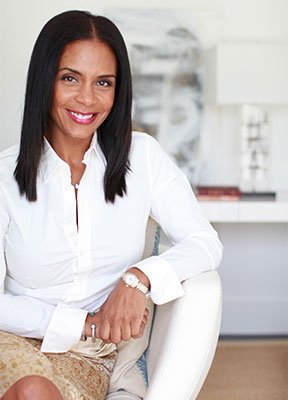 Christia E. Alou, Esq. is the Village of El Portal’s Village Manager. Alou is a government relations professional with over 27 years of experience leading government agencies and departments, as well as legislation, public policy and public affairs for agencies and organizations such as the Congressional Hispanic Caucus Institute, the Ohio Civil Rights Commission and the District of Columbia Mayor’s Office on Latino Affairs. After many years, Ms. Alou started her own law practice in 2014, focusing on Government Affairs and Employment Law and consulting.

In 1991, Alou graduated from Howard University in Washington, DC, where she received her Bachelor of Arts degree in Broadcast Journalism with a minor in Spanish. While working for the Congressional Hispanic Caucus Institute on Capitol Hill, Alou attended the University of Maryland School of Law evening classes, graduating in 1996. Upon graduation, Ms. Alou worked on Capitol Hill for several years with the law firm, Verrill & Dana, LLC, in the Employment and Public Policy sections. She was drawn back into the public sector in 2002, when she was appointed by Mayor Anthony Williams to head the Mayor’s Office on Latino Affairs for the District of Columbia. Ms. Alou moved to Miami, Florida in 2006 for a change of pace and to start her family. She resides in Miami Shores, Florida with her young daughter who is an aspiring artist. Ms. Alou is a strong proponent of the Arts and STEAM programs for children, and is proud of her personal history as a violinist in the Atlanta Public School Youth Orchestra where she played violin first grade through 12 grade.

Ms. Alou can be reached at Village Hall, 305-795-7880 or by e-mail at villagemanager@villageofelportal.org