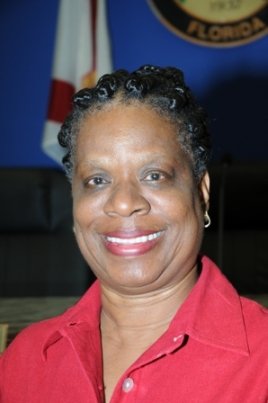 Mayor Black retired after twenty-five years from the City of Miami. She was the first African American Communications Supervisor for the City of Miami Police and Fire Departments and after ten years transferred to the Police Department’s Community Relations section where she worked as a Community Involvement Specialist, targeting quality of life issues in Miami Dade County. This piqued her interest in politics and community service.

While working as a Community Involvement Specialist, Daisy created programs for youth, seniors and other citizens living and working in Miami Dade County. She was a well-respected liaison between the Miami citizens and local city and county governments.

Mayor Black has served on many committees and boards in Miami Dade County. She recently ended a seven-year term on the Governing Board of North Shore Medical Center. She also served on the Homeless Trust, Miam iDade Juvenile Justice Commission, Miami Dade Criminal Justice Council, Trustee Board of St. Paul A.M.E. Church, and other boards throughout Miami Dade County.

Mayor Daisy Black believes prayer, compassion and commitment are the keys to succeeding in life. She enjoys writing poetry, reading and community activism.